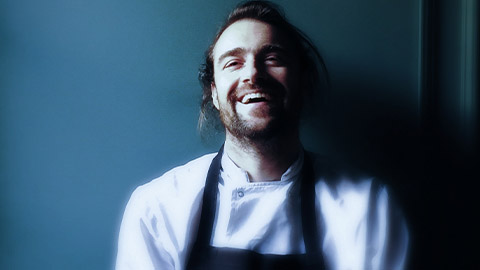 Steve trained as a chef at culinary school, and latterly for 3 years under Rick Stein. He went on to become head chef at the Chancery Restaurant on Chancery Lane in London and Coda restaurant at the Royal Albert Hall. In 2010 he began combining his work as a chef with travel; working in France, Switzerland and the US (at Chez Panisse under Alice Waters). He came back to the UK in 2016 and set up The Bunch of Grapes in Bradford-on-Avon, which gained many accolades from the best Sunday roast in the Observer Food Monthly Awards and the Good Food Guide. He also gained a place in the Michelin Guide.

After a couple of years Steve sold his business in order to pursue his love of cooking and travel. This took him all over the world, as far as India, all over Europe and Africa and it was during this time he began taking pictures of the dishes he was creating. ‘I take inspiration from my surroundings and I work with the seasons, using nature and natural light for guidance to create dishes and take beautiful honest images. I greatly appreciate the art of plating food and the photographic opportunities it creates’